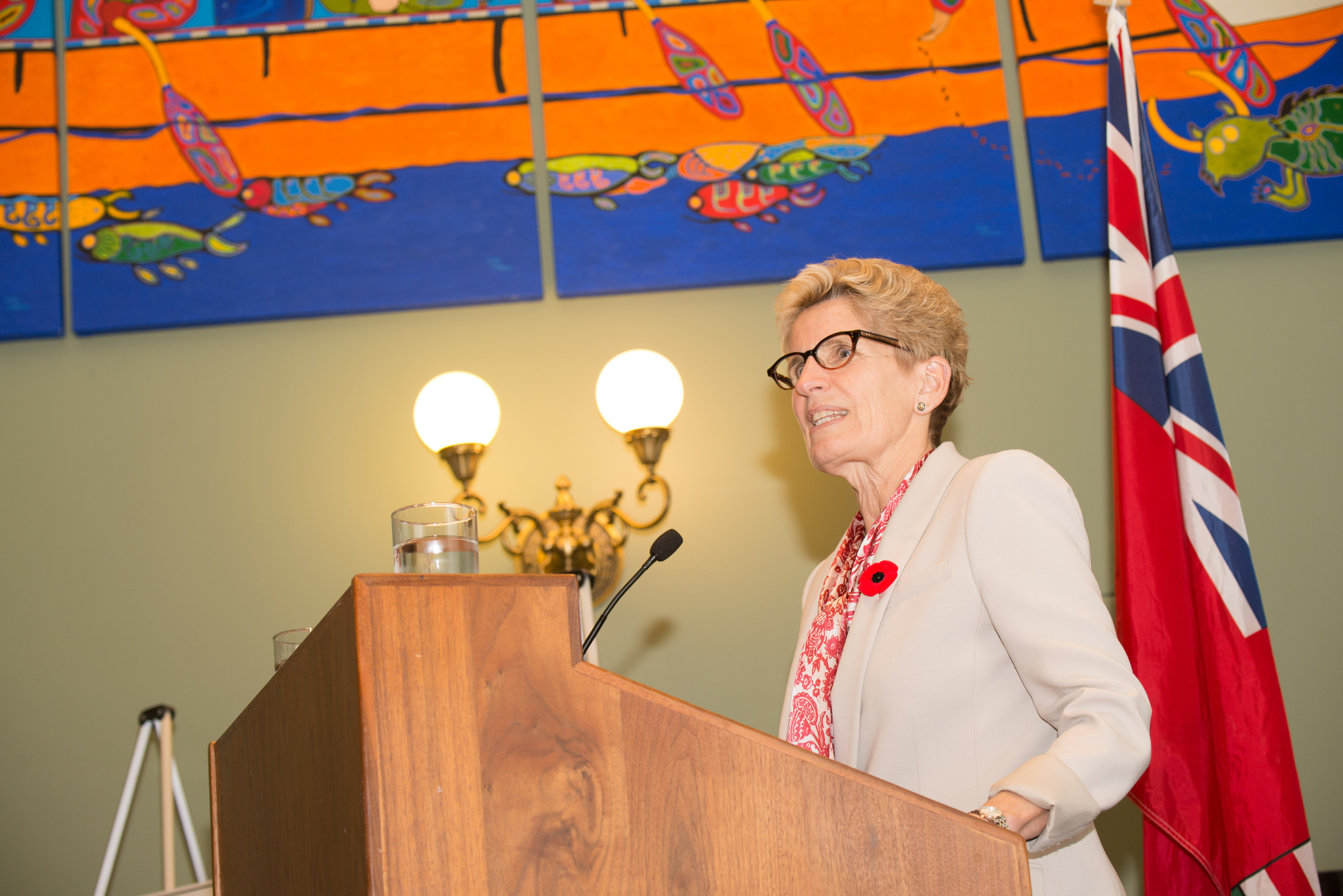 Do not miss the chess pieces for the checkers board. Kathleen Wynne is sacrificing the Ontario Liberal Party of today to save it's future.

Today, she "conceded" the provincial election. At the same time, she is asking people to vote Liberal to "keep the next government from being too extreme".

In four years, Ontarians will return to the polls to pass judgment on either a Doug Ford or Andrea Horwath government. We don't elect our governments in Ontario, we throw them out. After 15 years of Liberal governments, Ontarians are throwing them out of office, and Wynne with them.

A Doug Ford PC victory in 2018 means no path to victory for the Liberals in 2022. The Official Opposition government-in-waiting NDP will be the clear alternative to the PCs. Liberal voters are willing to vote NDP, leaving the Liberals pushed out in a two-way ideological election battle.

If it's an NDP government Ontarians are looking to throw out, expect 2018 NDP swing votes to go back to the Liberals.

The Liberal Party survives only if the NDP wins a majority.

If the Liberals don't rise from the ashes of a historic 2018 defeat in 2022,
Ontario will become a two dominant party province. Manitoba, Saskatchewan, and British Columbia are already two party left/right political party provincial legislature, squeezing out the centrist cousins of the Ontario Liberal Party.

Manitoba is PC versus NDP, Saskatchewan is Saskatchewan Party versus NDP, British Columbia the BC Liberals (a conservative party that's not affiliated with the Liberal Party of Canada) versus the NDP, and the next Alberta election will be fought between the United Conservative Party and the NDP.

More than four years in the political wilderness will devastate the Ontario Liberal Party, they'll lose invaluable left leaning liberals and donors to the NDP, joining their Manitoba and Saskatchewan cousins on the endangered species list.

Federally, the Liberal Party of Canada's 2015 majority victory of 184 of 338 seats came from winning the entire Maritimes, the majority (80 of 121) of seats in Ontario, and all three northern territory seats.

Where they do not have effective provincial affiliates, they did not win a majority of seats.

In Manitoba, they won exactly 50% of the 14 seats, but all seven of their victories were in Winnipeg. In Saskatchewan (14 seats), they won a single seat in Regina. In Alberta (34 seats), four seats - two in Calgary, and two in Edmonton. Their 17 seats in British Columbia (42 seats) were all won in Vancouver and its suburbs. They won 35 of 78 seats in Quebec.

Without Ontario, the Liberal Party of Canada cannot survive.

By "conceding" today, Wynne moved the first chess pieces of the 2022 election, and is hoping Ontarians respond to her castling move by electing a NDP majority on Thursday.

The Constant of Change on James Street North

With Dave Kuruc's Mixed Media moving to Westdale, Joey sits on a street patio and writes his musing on the changing James Street North.…

I attended a public meeting tonight on the John/Rebecca Park, I…